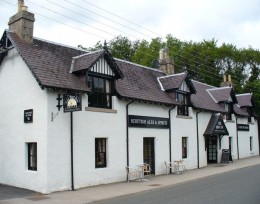 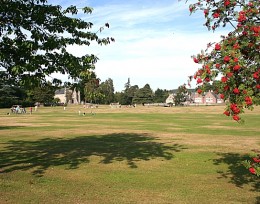 This the longest section of the Deeside Way and most of the route is not on the old railway line. There are some hilly sections which provide great views over the surrounding countryside.

Leave the King George V Park onto Dee Street and head south over the river, for walkers there’s a path opposite the bridge up some steps, for cyclists bear left and take the road on the right following the signs for Scolty. Turn right into the forest, past the Forestry Commission car park and follow the waymarkers on forest tracks through Blackhall Forest until you arrive at the Shooting Greens car park. Leave the car park on the path beside the public road heading for Potarch. The route is through Slewdrum Forest and farmland arriving at Potarch at the Green. Head for the Potarch Inn and then bear right over the bridge to another car park where you pick up the path beside the  ‘bus stop. After a couple of miles you arrive at Kincardine O’ Neil, the oldest village on Deeside.

Go along the main street until you turn up Pitmurchie Road, just before the filling station.The path branches off to the left, keep straight on, through a gate after which the path turns left, along field edges and then climbs up through woodland. Descend to a turning area, cross and then descend steeply through woodland until you reach the bridge over the Dess Burn. The path climbs steeply up to the public road on the other side and along a field edge to where you can cross the road and rejoining the path on the other side.

Cross farm land taking care if there are cows in the field where they get access to water, until you rejoin the old line. Head west until you reach a public road. This section of the Deeside Way currently stops here however you can follow the old line (which is not part of the Deeside Way but is open for responsible public access) into Aboyne and pick up the next section beside the Victory Hall.

Things to see along the way.